A visit to three places where a push for wind and solar power is boosting the local economy.

In an empty corner of the Oklahoma Panhandle, between Arnett (population 511) and Vici (population 702), the future is being forged out of thin air. Rising some 300 feet from the sandy earth, the 93 turbines of the Great Western Wind Project pivot in the breeze, their blades spinning like the hands of a sped-up clock. 'This is pretty much the middle of nowhere', says Todd Unrein, the site manager, as he drives the dirt roads in a dusty Chevy.

Great Western has just one customer – Google – which buys every megawatt-hour the wind farm generates. As the world’s largest corporate purchaser of renewable energy, Google draws juice from an expanding constellation of clean-power producers, many in equally remote locales such as Texas’ Llano Estacado, Chile’s Atacama Desert, Swedish Lapland, the dykes and dams of the Dutch North Sea, and the foothills of North Carolina’s Blue Ridge Mountains. In all, Google has signed agreements with 20 wind and solar projects for more than 2.6 gigawatts, an effort that has allowed it to reach a milestone few companies have approached: as of 2017, Google is on track to purchase enough renewable energy to match 100 percent of its operational needs.

'We worked tremendously hard to achieve this goal', says Marsden Hanna, lead for the Global Energy Policy and Markets programme at Google, noting that as recently as a year ago Google was still only halfway to that benchmark. 'But this is just the beginning.'

Going green is not as simple as running a transmission line from a turbine straight to a data centre. Public utility laws, at least in many parts of the world, allow only regulated monopolies to sell electricity to consumers. To navigate those regulatory hurdles, Google has had to devise a work-around: first buying energy from a wind or solar farm, then selling that renewable energy to a utility, and finally buying regular electricity back from that utility. It’s an imperfect model, but it’s allowed Google to swiftly add clean energy to the grids where it has data centres, thereby offsetting the 24/7 electricity it consumes with an equal amount of wind and solar power. The next goal, according to Hanna, is to 'get Google’s entire energy supply to round-the-clock clean energy'.

Google’s 20 renewable partnerships are generating all-new jobs – most of them outside of the major tech hubs.

Sourcing enough renewable energy to match its annual electricity consumption (roughly equal to that of the entire city of San Francisco) has meant exploring new terrain and cultivating new suppliers. The ripple effects are notable: Google has aimed billions at developing wind and solar farms where none previously existed, which in turn has helped stoke a green-energy economy that overall employs millions of turbine technicians, solar installers, sustainability professionals and construction workers around the world. Visit just a few of these places (in this case, three) and you start to see how the effort is changing communities.

And if you really let your imagination loose, you might just glimpse the strangely elegant way that the sun and wind – the stuff of the spirit world, of myth, of superstition – have become enmeshed in our digital and online modern lives. Put differently, when the wind in Oklahoma comes sweepin’ down the plain, those gusts are to a very real degree propelling someone’s Google search for 'lyrics to Oklahoma''!

On a January night in 1953, as the Netherlands slept, a violent windstorm swept a high lunar tide over coastal villages. The devastating flood – the watersnoodramp – swallowed hundreds of thousands of acres of farmland, damaging tens of thousands of structures, and claiming 1,836 lives. The catastrophe spurred the Dutch government to embark on a feat of civil engineering: a network of levees, locks, sluices and dams known as the Delta Works, which today safeguards a country largely at or below sea level.

It is there, atop the protective spits, that two local cooperatives – one (Zeeuwind) based in the peninsular province of Zeeland, the other (Deltawind) on the island of Goeree-Overflakkee – have emerged as unlikely renewable-energy pioneers. The 34-turbine, 102-megawatt wind project they are building together, Windpark Krammer, will supply electricity not only to a couple of thousand Dutch families, but also to four large multinational corporations, including Google. 'The people here are very idealistic', says Windpark’s director, Tijmen Keesmaat, explaining that the cooperatives were born in the 1980s, 'a time when there was a big anti-nuclear atmosphere and everything was about wanting to green the world'. 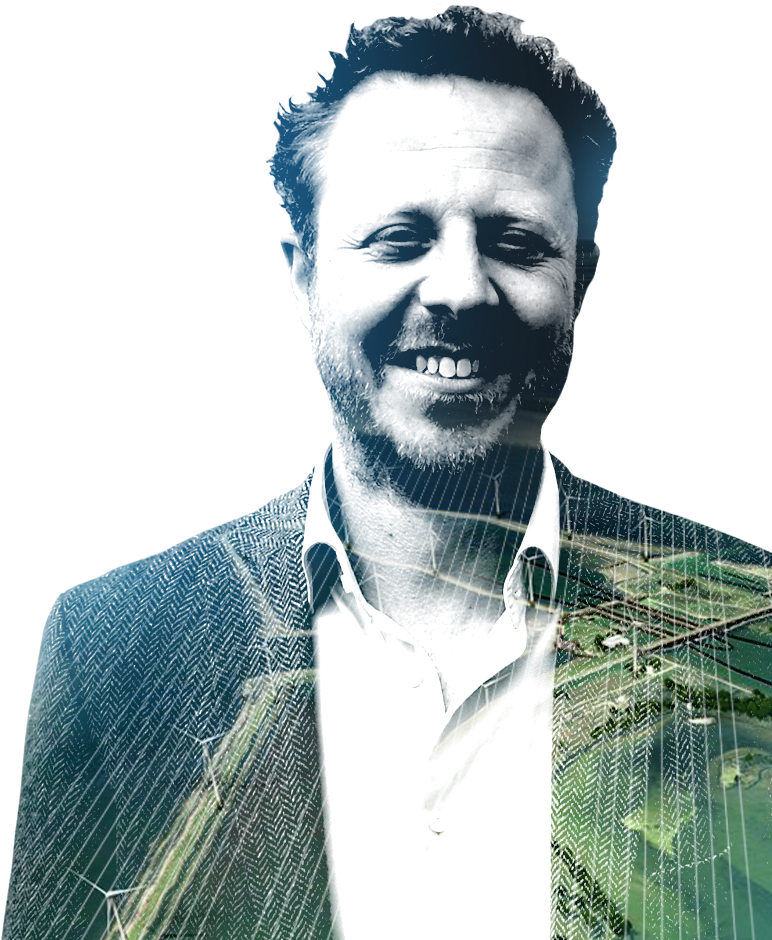 Keesmaat acknowledges a certain irony in a co-op of Dutch bohemians selling power to publicly traded companies whose operations span the globe. 'I was a little worried about how the members would feel about it, to be frank', says Keesmaat, who is 44 and holds a Master’s in Philosophy of Science, Technology and Society from the University of Twente. 'But they were actually very proud. We are producing so much energy, we can contribute to making an international company greener.'

Unlike US energy producers, which face a host of regulatory constraints, Keesmaat can often sell power directly to consumers in the deregulated European market. The project’s leaders gravitated to Google, knowing that part of Google’s aim is to make the clean energy market so abundant and affordable it appeals to everyone. 'It was critical to us that they take responsibility for the future', Keesmaat says, 'that this not just be window dressing'.

They stretch from Bubba’s Carp Lake to Mr. Radiator, from Chase High School to Providence United Methodist Church: 289,104 monocrystalline solar panels, the equivalent of roughly 375 football pitches, each tilting south at exactly a 20-degree angle to capture as much of the sun’s arc as possible. With their purplish cross-hatched silicon faces, they evoke the magnified eye of a fly.

“To take a natural resource from the earth and create something we all need – it really speaks to the full circle of something.” 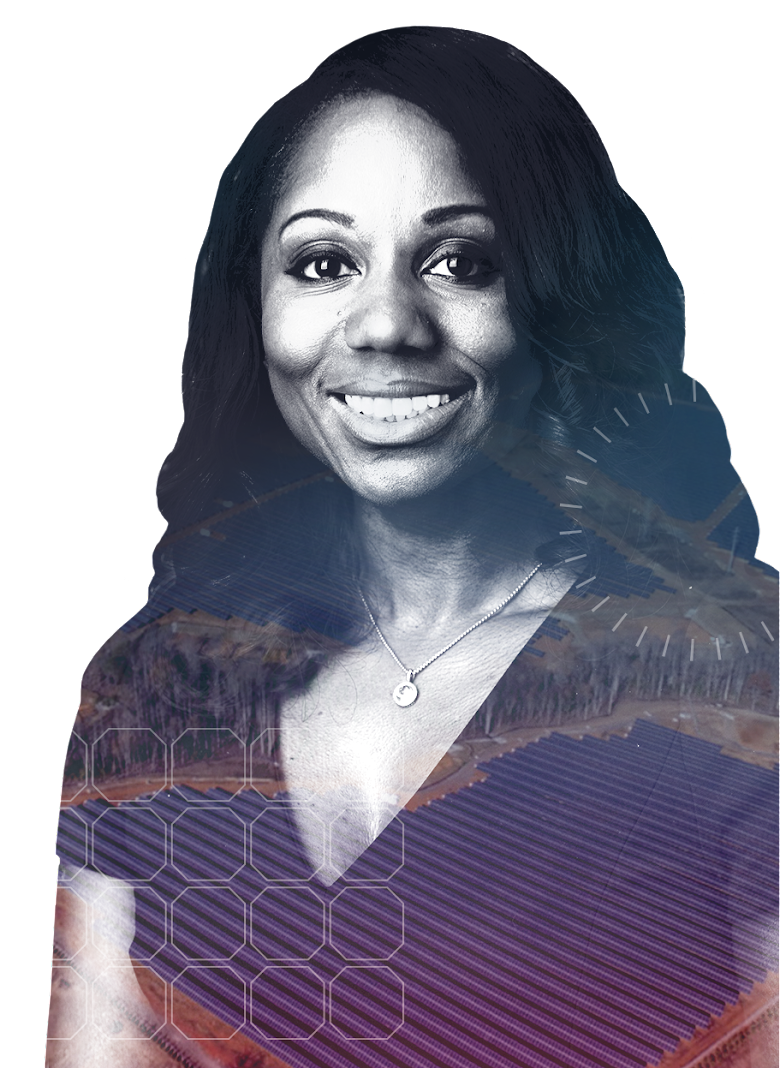 It’s no accident that just 50 miles from Forest City, along Highway 64, Google has, since 2007, operated a data centre in Lenoir, North Carolina, that draws from the Duke Energy grid. When Google chose Lenoir (and surrounding Caldwell County) as the site for what would become a £900 million hive of routers and switches, it was partly because of the city’s roots as a furniture-building hub; although a number of Lenoir’s marquee factories have been shuttered, Google was able to reuse much of the power infrastructure that served them.

By partnering with Rutherford Farm, just an hour down the road, Google can now inject that old power infrastructure network with clean energy from the sun. That mere daylight can be harvested to fuel the grid powering Google servers is something that Smith, who has both a mechanical engineering degree and an MBA from the University of Alabama at Birmingham, occasionally marvels at.

Uniting the natural and virtual worlds, connecting the timeless outdoors with the YouTube videos that her 15-year-old daughter and 12-year-old son devour every day, is 'fascinating', says Smith. 'It really speaks to the full circle of something.'

'When the wind’s blowing and everything’s running, it kind of brings you joy', says Todd Unrein, who manages the 225-megawatt wind farm for San Diego–based EDF Renewable Energy. After working several years as a forklift operator at a food warehouse in California’s Central Valley, Unrein applied to EDF. He started as a technician, servicing the turbines that sprout along Altamont Pass near Livermore, a job that required no college degree. Seeking advancement, he then jumped to Great Western in 2016, even though he knew it would be an adjustment to live out on the Midwest plains. 'This technology, it creates a lot of jobs; secure jobs', says Unrein, 30, who has a wife and two young children.

“This technology creates a lot of jobs; secure jobs. And when the wind’s blowing and everything’s running, it kind of brings you joy.” 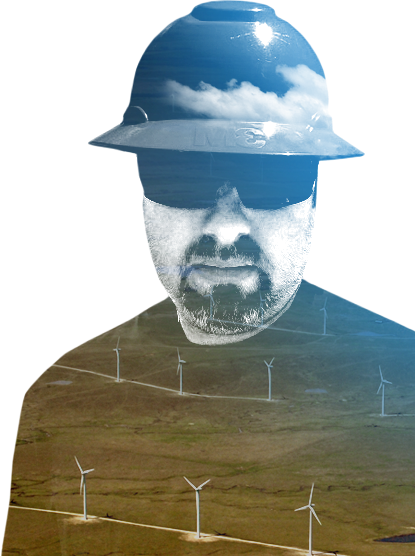 Although wind farms require terrain that has been subjected to years of meteorological study, that does not necessarily mean the windiest places on the planet. Great Western’s turbines begin to generate electricity at wind speeds as low as 9 miles per hour – a gentle breeze – and reach their maximum generating capacity at about 26 to 29 mph. Above 55 mph – gale-strength winds – the turbines automatically shut down. 'Consistent, that’s what we like', says Unrein.

At least once a day, Unrein hops into a 4x4 Chevy Colorado LT, the radio tuned to a country station, and drives around as much as he can of the farm, which has around 50 miles of access roads. Part of his job is to note which turbines are operational and how many might require servicing or repair. Fixing a yaw or pitch system is not for the fainthearted: technicians have to climb interior ladders to reach the 30-storey nacelle, which houses the generator, gearbox and drive train, a journey not unlike ascending the trunk of a giant redwood. 'A lot of people, we’ll have them do a climb test during the interview, and they’ll get halfway up and can’t handle it', says Unrein, who needed about a week to get over the jitters when he started.

These days he’s content to just be outdoors, far from traffic or crime, sometimes spotting deer under the towering pinwheels, sometimes bats or rattlers, or – on this summer day – swarms of dragonflies.

JESSE KATZ is a writer based in Los Angeles. He is a frequent contributor to GQ, Billboard and Los Angeles magazine.